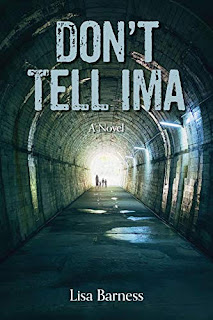 It’s clear from the start (ok, even from the blub on the back) that the husband, Efraim, is the Bad Guy. No surprises there. This complex, compelling book pulls us into the twisted world Efraim creates and we watch as things go from bad to worse. It’s a dark, disturbing read.

Interestingly, while at first the book attempts to get into Efraim’s psyche and figure out what motivates him, what core of goodness he has or at least had, it quickly moves to hammering home the message that “He can’t change. You must divorce him.”

I will note that Efraim is a Bad Guy par excellence, a clear candidate for immediate divorce. There are plenty of cases where a divorce is necessary where the guy is not “as bad” as Efraim. By the same token, Shifra is a near-perfect Good Person. Her only crimes are doubting herself and not getting out fast enough. OK, once she lost her cool and smacked (a genuinely difficult) son on the hand. Once.
She’s too good. Endlessly patient with her kids. You are allowed to get divorced from an abusive spouse even if you aren’t perfect. I would have liked to see this angle explored more — the contrast between a genuinely bad parent and a good-but-human parent sometimes cracking under the pressure.

The book strove mightily to describe graphic scenes and behaviors with enough detail to portray the depravity and fallout of Efraim’s misbehavior without passing the point of acceptability in its own right. I don’t know if that’s actually possible. Maybe it should have come with a warning of “Adult Content.” So for whom would I recommend this? That’s a sticky question. On the one hand, why expose readers to a sick man’s sordid doings?

On the other hand, that’s precisely the point. This book is here to warn and inform the innocent. The good, pure, religious people, who are trying to do what’s good and right. Much in the same way that molestation is now being discussed openly for the sake of protecting innocent children, this book steps up and puts one type of spousal abuse on stage. This is for the innocents in shidduchim, the innocents in such marriages, and the friends, rabbis, therapists, and community at large to be aware that such a thing exists.

Yet Efraim was so wrong when he thought that exposing himself to inappropriate pictures was a good idea because “If I want to counsel guys who are dealing with repulsive low-life issues…I need to understand what drives them.” He did not succeed in “push[ing] himself…to be able to discuss or see anything and remain holy, no matter what.” So how are we different? How is this book different? I think that there is one, but I can’t put my finger on it. I leave it to the reader to ponder.

One scene that sticks in my head is of the wife, Shifra, dutifully taking herself to the mikvah, because that’s what she’s gotta do. And knowing that on that night, of all nights, her husband will make a point of waking her up when he finally comes home early in the morning, because “He knew that as a good, religious woman, I had to.” This is actually a relatively minor theme in the book, but the message that “I knew this place was [kosher]. And my prayers were. All were kosher, except for him” is a critical one. It’s not the religion that’s the problem, is the abusive guy! Shifra clings to G-d and religion, even when somehow practices which are supposed to create and reflect a wonderful warm family home are anything but, and even when some of its rabbinic representatives are less than helpful.

Another area (of many) that’s very well done is exploring the effects Efraim has not only on Shifra, but on each of his children individually. One begins to pull away of his own volition. One longs for her father’s love. One is too young to really understand what’s going on.

Kudos to the author and editing team for a compelling read. More importantly, one of the reviews said that this is based on the author’s own experience. I can’t imagine her strength in going through a fraction of what was described here, and coming out not only intact but able to put the tale in print to help others. Bravo!

The book could have done with a round of developmental editing, since occasionally one section of the narrative didn’t jive with the rest. But this didn’t get in the way of the impact and compelling pull of the story. I read it compulsively, and I seem to be reviewing it compulsively too.
Posted by Reuven Chaim Klein at 2:25 AM

Email ThisBlogThis!Share to TwitterShare to FacebookShare to Pinterest
Older Post Home
To submit your book for review in The Rachack Review, please contact us at: rachack@gmail.com
Our reviews have appeared in the Jewish Press, JewishLink of NJ & BWC, Torah Book Reviews, The Jewish Voice, Jewish Bible Quarterly, RCA Rabbis List, Amazon.com, and GoodReads.
We cannot guarantee that all books will match our interests, but you are welcome to try reaching out to us.