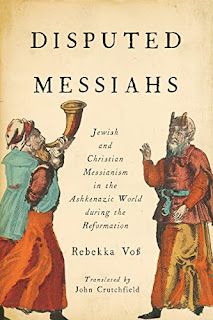 Disputed Messiahs: Jewish and Christian Messianism in the Ashkenazic World during the Reformation (Wayne State University Press, 2021) by Rebekka Voss

This book offers a fascinating study on the interplay between the different eschatological expectations expressed by Jews and Christians in Western Europe during the sixteenth century. The inter-Christian schism between Catholics and Protestants, the growing threat of the Ottoman Turkish Empire during the Reformation Years, and the expulsion of Jews from the Iberian Peninsula a few decades prior caused many Jews and Christians to think about the End of Days, and those Messianic speculations are recorded in various contexts.

One important point that the author stresses is that in many instances, it was dangerous for Jews to express their true Messianic beliefs for fear of Christian reprisals (because Jewish eschatologies often entailed the end of Christendom). This reality led to public figures like Josel of Rosheim needing to straddle the line between fully expressing their real Messianic beliefs and issuing apologetics for pragmatic political considerations (like quelling Christian suspicions).

This book also discusses the various permutations of the legend of the Red Jews, who were said to be a contingent of Jews from the Ten Lost Tribes across the Sambatyon River. In some versions of the legend, they would pose a military threat to the reigning Christians by allying with the menacing Moslem powers, while in other versions they joined together with Christian Europe to ward off the Moslem threat. This book also explores the stories of false messiahs like Asher Lemlein, David HaReuveni, and Shlomo Molcho, with a special focus on discussing how their activities were viewed by their Jewish co-religionists and by the Christian authorities. This work concludes with a numismatic excurses that explores the possibility that a certain medallion depicts Asher Lemlein. 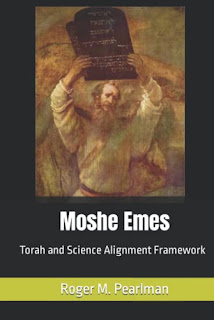 The author of this short book is clearly a staunch exponent of intelligent design and the Young Earth Creationist position. Following the Bible, he firmly believes that the Earth was created by God in six days, while the reigning scientific view follows that of the Neo-Darwinists, who maintain that the Earth is billions of years old, and that life has evolved over time through natural selection. This work presents the author’s Recent Complex Creation Framework (RCCF) as a way of framing the scientific argumentation that supports the traditional Judeo-Christian understandings of the creation of world. The Recent Complex Creation Framework theory posits that while the One God created the entire world ex nihilo, the product of His handiwork is a universe comprised of complex structures that constantly evolve and change over time.

Another basic tenet of Pearlman’s theology is that the Torah reflects accurate historical testimony—an idea he expands on at length in his other works on Biblical Chronology. This particular book could have greatly benefitted from more thorough editing, as the author’s ideas are not as well-developed as the advanced reader would probably like. The author also freely mixes scientific arguments with polemics and arguments rooted in religious sources, often blurring the line between the two. At its core, Pearlman’s book argues that Biblical Theology is not opposed to scientific inquiry, but rather can be seen as a guide to understanding the natural world. By understanding the Torah in this way, Pearlman believes that we can create a more harmonious relationship between religion and science. In short, Roger M. Pearlman explores the ways in which the Torah and science can be seen as complementary, rather than contradictory. His work serve as a beginner’s guide to aligning the two disciplines. 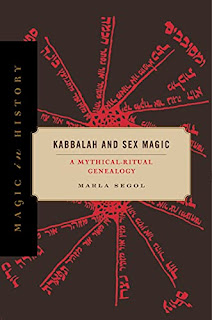 This book offers restatements of several classical works of Kabbalah, notably Shiur Komah, Sefer Refuot, Sefer Yetzirah, Sefer Bahir, Sefer Chakmoni, and Chovot HaLevavot. These works, in part, offer varied cosmological accounts of the world’s creation and/or how creation can be manipulated by man. The overarching theme that the author focuses on in presenting these works is how multiple divine elements fit together to spawn the world as we know it. She chooses to characterize these sorts of interactions as sexual in nature, because they entail different primeval components (like elements of nature, Sephirot, or letters) fitting together to create new “offspring.”

This book considers the aforementioned works on Jewish metaphysics to be examples of remythologization, presumably after the Bible had previously demythologized the Creation narrative with the story of a Single Creator. In doing so, the author infers a sort of henotheistic theology from these Kabbalistic works, in the sense of a multiplicity of independent gods (or, perhaps more accurately, divine entities) that interact sexually with one another. In this reviewer’s opinion, henotheism is a heresy that runs counter to Classical Monotheistic theology (with which Judaism is typically identified) and is essentially an advanced form of idolatry. Segol a priori rejects the approach of "most scholars" (page 79) who understand works like Sefer Yetzirah as non-literal. Yet, she does not explain why she refuses to accept these mainstream understandings of the described interaction of multiple divinities, including philosophical (giver vs. receiver modes of One Deity) and linguistic approaches.

As opposed to Segol, this reviewer understands that Sefer Yetzirah actually demythologizes the creation narrative by attributing it to letters rather than to multiple gods. Letters are insentient creations that have no will of their own, as opposed to gods that can be appeased, etc. If one compares Sefer Yetzirah to Enuma Elish (the Babylonian creation myth), the former seems much closer to classical monotheism than the latter. The author, on the other hand, takes the opposite approach of understanding Sefer Yetzirah as remythologizing the creation by splitting the Godhead into multiple parts. The final chapter of this book examines contemporary “Jewish” views on sexuality as expressed by Yehuda Berg and Shmuely Boteach, but this reviewer had a hard time mapping how that last chapter really connects to the rest of the book. 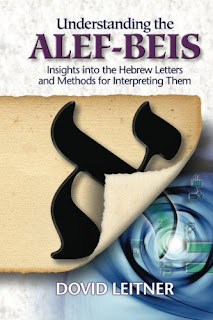 Understanding the Alef-Beis: Insights into the Hebrew Letters and the Methods of Interpreting Them (Feldheim Publishers, 2007) by Dovid Leitner

In this amazing work, Dovid Leitner provides the reader with a deeper understanding of the esoteric underpinnings of the Hebrew Alphabet. The author finds mystical meanings in the orthographical representations of each of the letters, as well as in their names. This book also touches on the meaning of the crowns (tagim) and big/small letters as they are traditionally written in a Torah Scroll. Many of the obscure meanings that the author brings to the fore include hidden references to God and His various names, central Jewish ideas about law and morality, and allusions to various episodes/rules recorded in the Torah.

The author also explores such things as gematria (an alphanumerical cipher, whereby each letter corresponds to a specific number) and various modes/codes of letter interchangeability (like phonetic letter groups, at-bash, and al-bam, as well as lesser-known modalities like achas-beta, ach-bi, and aiy-bak). All in all, this book is a sort of encyclopedia that is chockful of information about the mystical aspects of the Hebrew Alphabet. Unfortunately, the major drawback of this work is that the author fails to cite exact references, so the reader is often left wanting more, but having no exact place to start from.